"Access is the long-term capital that perfectly aligns with our strategic objectives at DigitalOcean."

"Access is a deeply committed partner to Chime providing both strategic insights and flexible, long-term capital."

"We are very grateful for the support and partnership of Access."

"Access is a great partner that delivers both financial resources and strategic value."

“Access supported us through our IPO and continues as a long-term public shareholder.” 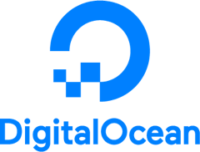 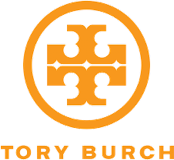 At Access Technology Ventures, our mandate is to be flexible, long-term partners to market-leading technology companies.

We seek to invest in and build foundational companies that touch millions of customers across the consumer and enterprise technology ecosystems.

Access Industries was founded in New York in 1986 by Len Blavatnik, a global entrepreneur and philanthropist.

Access Industries invests in industries where it can maximize long-term value by developing regional and global market-leading companies. The group is headquartered in New York, with an office in London.

Crypto Firm Blockchain.com Is Planning IPO as Soon as This Year

April 18, 2022
Cryptocurrency startup Blockchain.com is interviewing banks for an initial public offering that could take place as soon as this year, according to people familiar with the matter. An IPO might not happen until next year and the company’s plans could change, said the people, who asked not to be identified because the discussions were private. A representative for the company declined to comment. Blockchain.com, a rival to cryptocurrency exchange Coinbase Global Inc., said in March that it was valued at about $14 billion in a funding round. That financing was led by Lightspeed Venture Partners with major participation from Baillie Gifford & Co., Blockchain.com said. More

April 18, 2022
Archer Aviation Inc. (NYSE: ACHR) today announced that Adam Goldstein has been named sole CEO, as the company prepares for its next phase of growth in the fast-developing urban air mobility market. Brett Adcock, Archer’s co-founder and former co-CEO, will remain on the Company’s Board of Directors. The Company took this step, which it believes will help simplify its operating structure, to drive its flight testing and certification program on its path to commercialization. As one of the most well-capitalized eVTOL companies with a team of world-class engineering and design talent, Archer is strategically positioned to bring urban air mobility to market. More

April 13, 2022
For the first time, a crypto exchange is partnering with an NFL team in a long-term, exclusive relationship that could bring further exposure of digital assets to mainstream audiences. The partnership between Blockchain.com and the Dallas Cowboys was announced on Wednesday at the NFL team's headquarters in Frisco, Texas, by Jerry Jones, the football team's owner, president, and general manager alongside Peter Smith, Blockchain.com's co-founder and CEO. NFL rules prevented the price or deal length from being disclosed, according to Brooks Wallace, head of communications at Blockchain.com. More

April 6, 2022
DigitalOcean Holdings, Inc. (NYSE:DOCN), the cloud for developers, startups and SMBs, today announced the launch of DO Impact, a global social impact program aimed at empowering changemakers through products, philanthropy, and people — enabling the internal and larger DigitalOcean communities to give back. “Our mission is to help the builders of the world create software that changes the world. Our new DO Impact initiative allows us to accomplish this through DigitalOcean’s greatest assets — its people, products and philanthropy," says Yancey Spruill, CEO of DigitalOcean. More

April 5, 2022
On the heels of our recent expansion into the San Francisco Bay Area, today, we’re proud to announce a major move into the Northeast: we are now officially live in New Jersey and New York! Starting today, residents in more than fifteen counties and more than 450+ ZIP Codes across New Jersey and New York will have a digital way to sell their home using Opendoor. More

March 30, 2022
Startup Blockchain.com said it raised new funding that values the company at about $14 billion, more than doubling its worth in a sign that cryptocurrency firms still enjoy the favor of investors in turbulent venture capital markets. The financing round, which vaults Blockchain.com into the ranks of the most valuable crypto companies, was led by Lightspeed Venture Partners with major participation from Baillie Gifford & Co, Blockchain.com said. More

March 21, 2022
Crypto exchange Blockchain.com has acquired Altonomy’s over-the-counter (OTC) trading desk. Blockchain.com told CoinDesk it has already integrated Altonomy’s “core systems” with the firm’s existing OTC trading capabilities, according to Vice President of Markets Dan Bookstaber. Twenty-six Altonomy employees have also moved over, he said. He declined to disclose the terms of the deal but said only Altonomy’s OTC desk was transferred. More

February 15, 2022
National homebuilder Lennar and iBuyer Opendoor announced the expansion of their partnership into Miami on Tuesday. Lennar, the second largest homebuilder in the U.S., has been based in Miami since 1954. “Our strategic partnership with Opendoor underscores Lennar’s focus on implementing technology and innovation to enhance all aspects of homebuying and homebuilding,” Carlos Gonzalez, South Florida division president for Lennar, said in a statement. More

Feels like home: Opendoor live in the SF Bay Area

February 8, 2022
When we founded Opendoor in 2014, we had a handful of people working relentlessly in a one-room office in San Francisco. It was a small team with a simple but ambitious mission – empower everyone with the freedom to move, one that remains true today. Together we are changing a broken process and making it possible to buy, sell, and move at the tap of a button. Many of us at Opendoor have personally experienced the stress and uncertainty people face when moving, and we are determined to give homeowners a better way. More

December 20, 2021
Archer Aviation Inc. (NYSE: ACHR) today announced that Maker, Archer’s eVTOL demonstrator aircraft, completed its first successful hover flight. The flight marks the completion of the company’s first full and complete systems test and validation of every hardware and software component working as intended to move the aircraft into the air. The flight test was completed at 10:30 am PT on 16 December and also resulted in the successful checkout of the company’s flight control system in flight and the end-to-end close of flight software. More